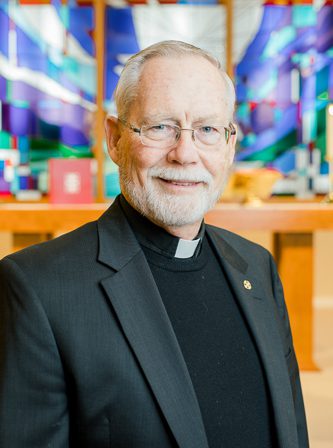 Dave joined the Church of the Epiphany staff following his ordination to the Diaconate in October 2008. He is also a Certified Fairfax Community Chaplain. Prior to his ordination Dave studied and was awarded diplomas from The University of the South (Education for Ministry) and Virginia Theological Seminary (Theological Studies). As a lay person he served as a Verger, was licensed as a Lay Catechist and Lay Eucharistic Minister and was a member of the Altar Guild. Dave is a retired Army Lieutenant Colonel. He and his wife, Jan, live in Clifton, VA and have three sons, three daughter-in-laws and seven grand children. Dave enjoys woodworking, reading and being with his family.