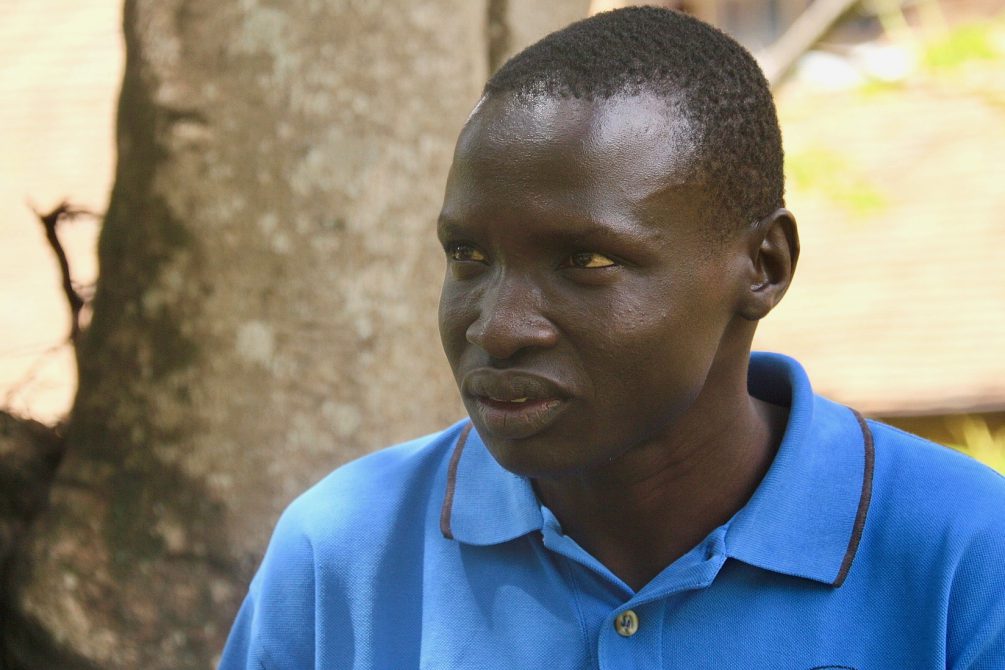 Editor’s Note:  This year, Church of the Epiphany is designating a portion of our Christmas Eve offering to support 11 students who needed help with tuition for the Spring Semester at Uganda Christian University.  Here is the story of another one of those students.  Last week, we shared Fiona’s story.  You can read that here. Abraham Manyok was born in 1986 in Jonglei State, South Sudan as one of five children. Hailing from a family of cattle keepers, he was used to a life of shepherding. When Abraham’s older brother joined the South Sudanese army and subsequently left home, his travels outside of his village exposed him to a bigger new world. When his brother left the army and came back to Jonglei, he had a different mindset. He wanted his siblings to get an education. His hopes were thwarted when South Sudan was plunged into civil war. The family’s livestock were looted and they were left penniless.

Abraham’s brother and a cousin then started a business locally exchanging currencies to make ends meet. The business was soon doing very well. With a thriving business, Abraham’s brother was able to send Abraham to academically sound secondary schools in Uganda, far away from the din of guns and chaos in South Sudan.

After completing high school, Abraham was admitted to Uganda Christian University for a bachelor’s degree in Economics and Management in 2014. He sailed through his first two years at the university without a glitch.

His fortune changed in October 2016. Abraham’s older brother and cousin were attacked in an ambush in South Sudan. They lost all their money. His cousin was shot dead during the attack. The breadwinner of the family lost everything. Abraham had just started the first semester of his final year at university. His tuition had not been paid and his rent arrears were piling up.

As the deadline for registration of the semester approached, Abraham worried incessantly. Phone calls to his already distraught brother only worsened the situation. He lost hope. It is then that friends advised him to contact the Financial Aid Office for help. He reached out to Walter Washika, the Financial Aid Officer. The scholarship commitment from Church of the Epiphany is allowing him to complete the September 2016 semester. This boost has allayed his fears. He has many strikes against him and yet he remains cheerful. He tells me that his faith in God is what keeps him going. For many students, having tuition is assured. For Abraham, the scholarship has resuscitated his broken dreams. He is deeply grateful.