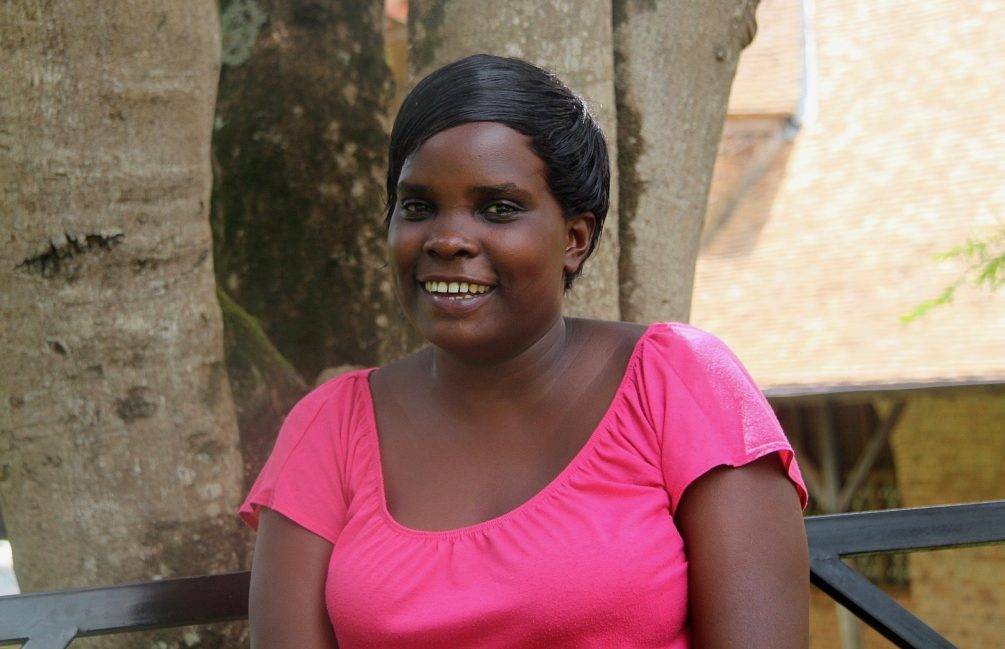 Editor’s Note:  This year, Church of the Epiphany is designating a portion of our Christmas Eve offering to support 11 students who needed help with tuition for the Spring Semester at Uganda Christian University.  Here is the story of one of those students. Fiona Aguti is the third of five children born in rural Soroti to a well-established mother who was a leader in the sub-county local government, and a stay-at-home father. Fiona’s mother had a well paying job and could comfortably take care of her children. However, this comfortable life came to a screeching halt in 2012, when her mother lost her job. With no means to sustain the family, Fiona’s father fell into a slump of depression.

As the eldest girl, culturally the responsibility fell on Fiona to look after the family. When the high school examination results were released, Fiona passed highly and was admitted to Uganda Christian University for a Bachelor of International Business degree. Happiness turned to worry as the young woman and her parents wondered how they would afford her college tuition. Fiona’s uncle volunteered to pay part of the fees.

The money he offered was not enough for Fiona to start school in September 2014. Her only alternative was to ask for money from other relatives and friends to raise the remainder of the funds and eventually got the full amount. Fiona, now in her third year, still struggles raising tuition. She has been knocking on countless doors of relatives. Strapped with their own children’s school fees, they are often unable to help. Fiona felt deflated, ashamed and worthless.

At the beginning of the September 2016 semester, Fiona was anxious about dropping out of school. She decided to seek help from the Financial Aid Office. To her great relief, she was awarded a scholarship, the cost of which will be covered by Church of the Epiphany.

“This scholarship has restored my faith in God’s unfailing provision. It has restored my dignity. I was embarrassed to always ask relatives for money, food, and clothes for my siblings and myself. Now, I can rise above the shame of poverty and lack,” Fiona noted.

With less than a year to graduation, Fiona has big dreams. She hopes to someday give her family everything they lacked; but for now, she must go and study for her finals. I bid her adieu and wish her well in her exams. She responds, smiling as she walks away:

“Tell my sponsors they saved my life. I will pay forward their kindness one day.”